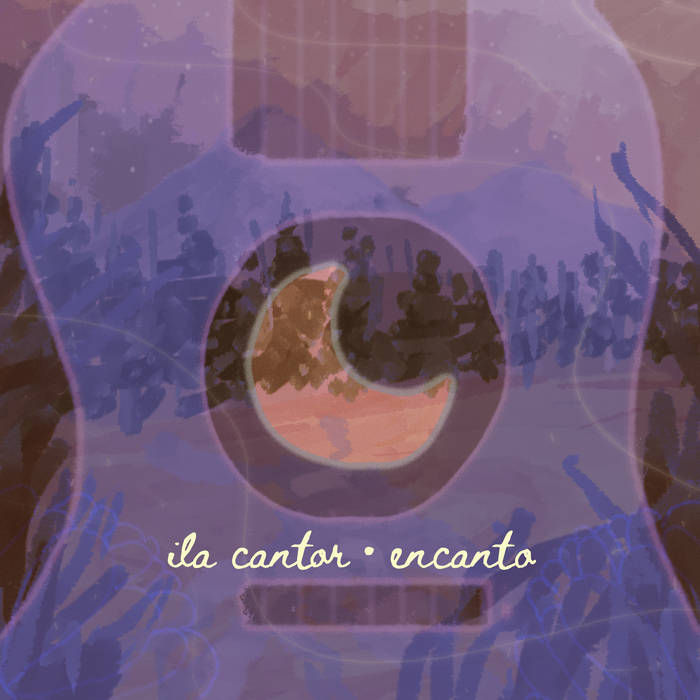 Brandt Peterson I love it for the way it brings jazz sensibilities and languages into spaces of folk music so artfully that genre lines never intrude. It's built on an aesthetic focus rather than a relationship to genre, and stays interesting throughout, Perfect ensemble for this vision. Favorite track: Crescent.

Slow & Steady Records announces the release of Bay Area-based guitarist, singer-songwriter Ila Cantor’s fifth album, ENCANTO. Meaning “enchantment,” or “wonderment” in Spanish, ENCANTO is inspired by the charango, a South American stringed instrument historically used for prayer and expressions of gratitude and healing. “Playing it is like exploring a labyrinth of wonders,” says Cantor, whose fascination with the charango was immediate, from its unconventional tuning – which opened new, unconventional compositional doors for Cantor – to its uses in sound healing and “hypnotherapy,” which resonated with Cantor’s practices in yoga, meditation and spirituality.

Cantor soon wondered how the charango – an instrument not widely played, or even known in the United States – would sound and function in her own musical world of chamber-jazz. ENCANTO is a seamless bridge between the simple and sacred song tradition of the charango in Latin America, and the complex, and meticulously composed tradition of chamber music in the West. Helping Cantor realize this musical melding is a cast of some of the West Coast’s best instrumentalists and improvisers: Ben Goldberg on clarinet; Rob Reich on accordion; Todd Sickafoose on bass; Scott Amendola on drums; and Cantor leading the way on charango and voice.

“After learning a few basic charango techniques, I found myself in trances repeating patterns that were so endlessly interesting to me that sometimes, I wouldn’t stop for hours on the same idea,” related Cantor. Out of these trances emerged the compositions herein, which Cantor calls “music that can be listened to without understanding it, yet sophisticated enough to be stimulating to a curious mind.” The track listing flows as organically as the songs – from “Opening, Pt. II,” (simple patterns Cantor often warmed up with), to the more exploratory and complex compositions such as “Yeshowah” and “Epic of Play,” before concluding with softer and simpler picking patterns as in “As Above.” From beginning to end, ENCANTO is a complete listening experience. Through her own efforts to find peace and healing through music, Cantor has gifted the listener the same.

Bandcamp Daily  your guide to the world of Bandcamp

Featured sounds by K.Spark and WIZDUMB, plus Basi joins the show to discuss his latest release.